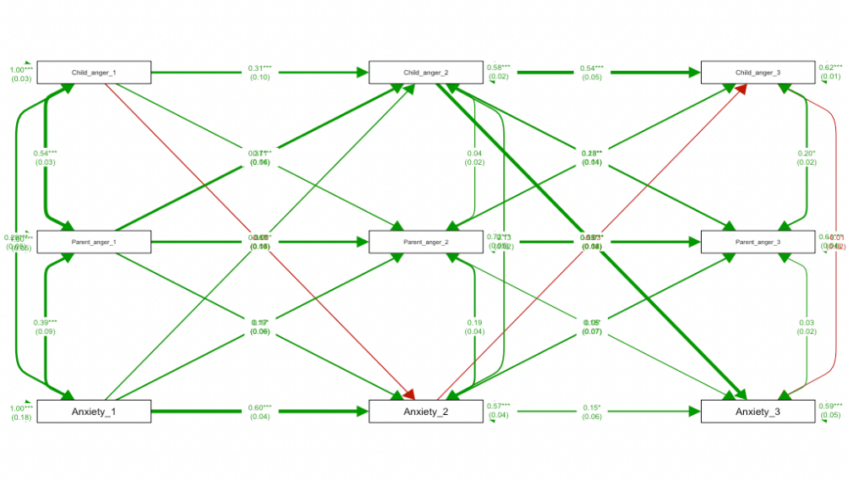 Many researchers are convinced that structural equation modeling is related to confirmatory factor analysis or simple mediation models, moderation models or a mix of both (mediation and moderation). But there are many established specific models which are oriented toward concrete modeling goals e.g. Latent Growth Models, Autoregressive Latent Trajectory Model with Structured Residuals, Dual Change Score Model, and many more. All of these models answer different questions and relax some strict assumptions nested in data. For example, raised Random Intercepts Cross Lagged Panel Model relaxes assumptions about actual within-person relationships over time and shows that if the stability of constructs is to some extent of a trait-like, time-invariant nature (at least during the course of the study), the autoregressive relationships of the classic Cross Lagged Panel Model fail to adequately account for this.

Cross Lagged Panel Model and Random Intercepts Cross Lagged Panel Model (so-called longitudinal multilevel model) are statistical methods that are related to estimating cause effect in repeated measures study designs. This is the only one non-experimental method that allow to draw of strong inferences about causes (strong as in the experimental studies with experimental and control conditions). These aforementioned statistical methods are very popular in psychology, marketing, management and public health. Cross Lagged Panel Models are know since 1984, but in the 2015 a nice critique appeared (Hamaker, 2015). In this type of causality argument, we can use just two repeated measurements methodology to assess casualty and, therefore, to build the cross-lagged model in “lavaan” (R packages) or MPLUS (allows for very sophisticated estimates).  For example we want to answer the following question: Does parent’s aggression influence on child’s aggression?

How classical Cross Lagged Panel Model can answer this question?

If we allow to observe and measure aggression in dyads (parent vs child) in terms of the word aggression and wrath, then we gather two sources of variation parent t1 -> parent t2, and child t1 -> child t2 (autoregressive element of the model) and parent t1 -> child t2 and child t1 -> parent t2 (cross-lagged element of the model). Then, if we estimate this structure through the SEM technique we can assess what is going on in our casual model. If statistics of our autoregressive paths estimates are significant then we know that our observed time effects are valid, so aggression of both sides are time-related. Although, if the path parent t1 -> child t2 is significant (or has a stronger effect than the opposite path) then the causes of children’s aggression can be attributed to the parents’ aggression, but when path child t1 -> parent t2 is significant (or has a similar effect than the opposite path) then result is inconclusive. This is the classical example of data structure that allows drawing causal inferences from this type of model. Of course, there are other effects that we can estimate e.g. cross lagged mediation effects where mediation components t1->t2 (a path) and t2->t3 (b path) are estimated through subsequent 3 repeated measurements. This model is presented on figure 1. 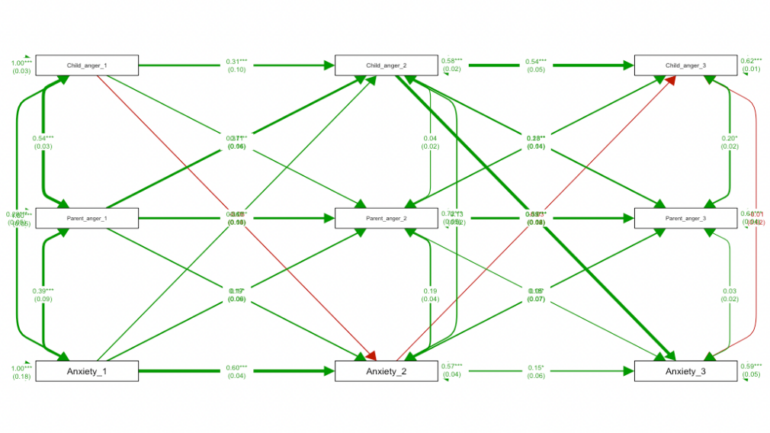 In this form of the Cross Lagged Panel Model, we can estimate the so-called “within carry-over effect” like fixed effects in the classical panel regression model. We can agree that repeated measurement data can actually be treated as multilevel data, in which measures are nested within individuals. It is clear that in these circumstances we have to somehow separate the within level from the between level variability. spódecomposes observed scores into within-unit dynamics and stable, between-unit differences This situation needs to be treated specially in structural equation model syntax (ref).

Nevertheless, the time stability has to be treated as trait-like (intraindividual time stability assumption) through the inclusion of a random intercept. Structurally, it is calculated through individual deviations from the group mean. In this context autoregression coefficient (these e.g. xt1 -> xt2) and cross-lagged coefficients (these e.g. xt1 -> yt2) represent so-called “within carry-over effect”. Positive paths values express that the one person scored above the expected score and is likely to be followed by occasions on which is still scored above the expected score a second time. Nevertheless, cross-lagged coefficients indicate the extent to which the two variables influence each other. These statistics express the degree how deviations from the individual expected score on y can be predicted from earlier deviations from the expected score on x (still controlling for deviation of the earlier expected score on y). It seems quite complicated, but we have to change our thinking from the population effect to the within-person (or cluster) carry-over effect. More about this sophisticated method can be read here (Hamaker, 2015). Translating these explanations into the formulated earlier problem of aggression of children and their parents, we can say that aggression of both can be treated as the time-invariant trait of both (a.g. child x’s aggression is 3 units higher than the average in the 1st measurement, and it is also 3 units higher in the second and third measurements). This deviation effect is controlled in both children and parents in the case of aggression in both (autoregressive effect) and their mutual influence (cross lag effect), and their (parents and children) situation can be seen as not separated things but as within dyad effect. 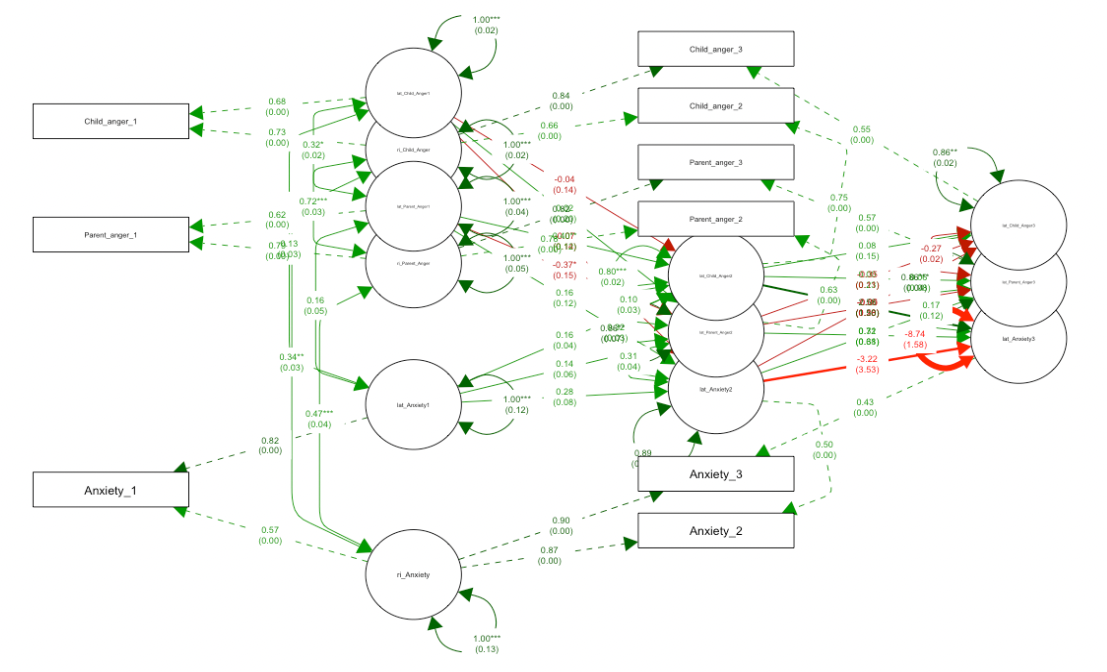 Do you need help in statistical analysis of this kind of modeling technique? We are ready to act.